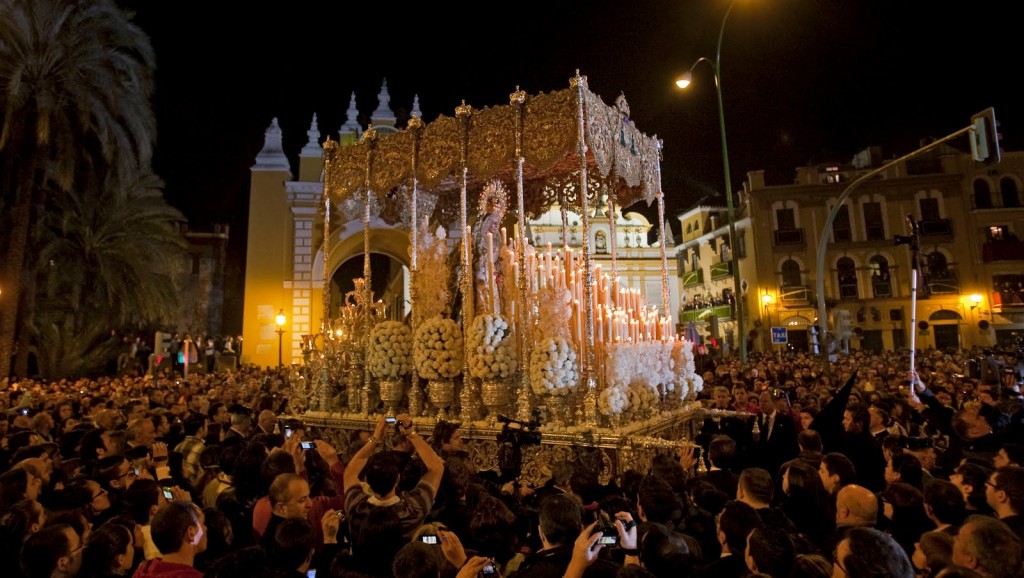 The Easter week is one of the most spectacular and emotional fiestas in Seville. The most important during this week is the illustration of the religious tradition, the processions. These combine religious devotion, art, colour and music in acts to commemorate the death of Jesus Christ. Members of the different churches, dressed in traditional robes, parade through the streets carrying religious statues “pasos” to the sound of drums and music – scenes of sober beauty.

The early hours of Good Friday constitute the most important time of the Seville Easter week celebrations. That night, some of the most venerated statues make their way through the streets, such as Jesús del Gran Poder, la Macarena, la Esperanza de Triana and elCristo de los Gitanos. The streets of the city fill with people and with emotion all night until the following morning.

During holy week in Malaga you will perceive a real festival of smells, tastes, noises and views. You will see processional thrones carrying images that are swung all along the entire route as well as thousands of penitents lighting and giving colour with their candles and traditional robes.

You will smell aromas of incense and flowers filling the air as the processions pass by. Each year there are thousands of people crowded in the streets to see and applaud their favourite tronos (floats, thrones). This phenomenon attracts around 5 million tourist visiting Malaga during holy week.