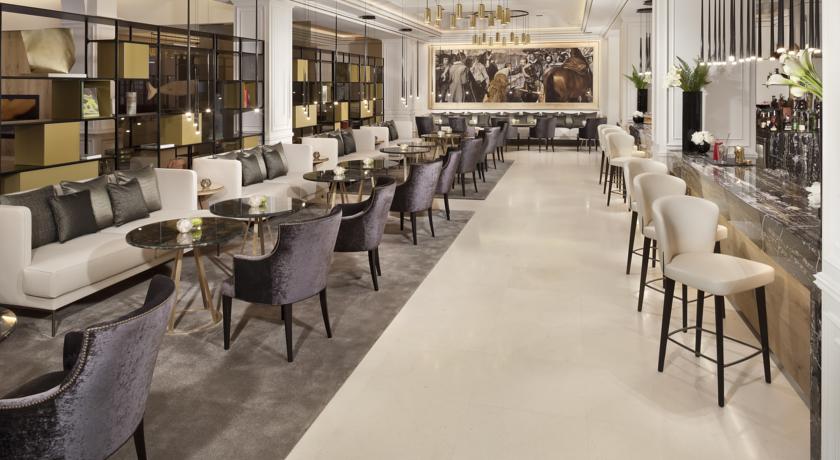 Right in the historical and artistic heart of Madrid, Gran Meliá Palacio de los Duques, next to the Palacio de Oriente and the Teatro Real, is opening its doors. A 5 star hotel under the luxury brand of Gran Meliá, which will become a unique and exclusive meeting point, for both travellers and locals alike.

Gran Meliá Palacio de los Duques is located in the renovated building that was previously the well-known Hotel Ambassador, on the former site of two important buildings: the convent of Santo Domingo and the palace of the Dukes of Granada de Ega y Villahermosa (art collectors and members of Madrid’s intellectual society of the 19th century), whose passion for the paintings of Velázquez led them to donate one of his works, the portrait of Don Diego del Corral y Arellano, to the Museo del Prado. 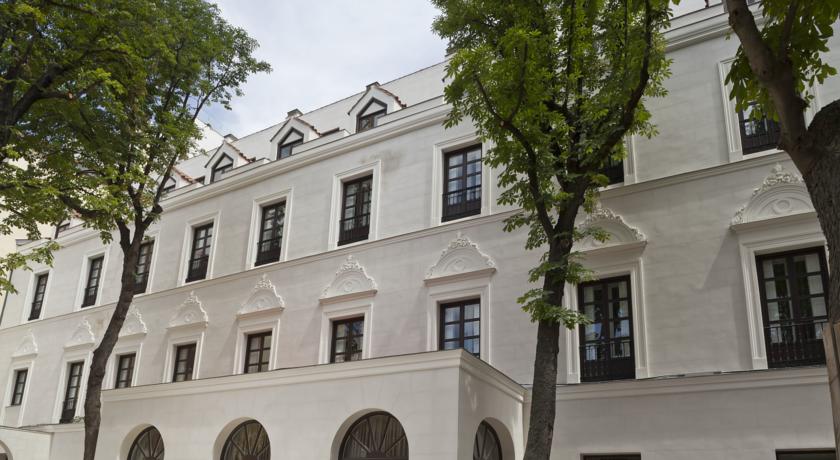 Among the collection of Leading Hotels of the World, Gran Meliá Palacio de los Duques is based on the legacy of works by Diego Velázquez. A total of nine reproductions inspire each of the suites and public spaces. Art has become the essence of this majestic building, in which the modern exists harmoniously with original 19th century features, such as the Isabelline facade, the spectacular central wrought-iron and wooden staircase and the cloister with its glass dome, which is now the hotel lobby. Another major attraction is its Historical Garden, perfect for discovering the avant-garde range of cuisine.

Stylish and sophisticated, the 180 rooms boast the latest technology, as well as a Nespresso coffee machine, a mini-bar and a wide range of Clarins beauty products. The most discerning guests can find at RedLevel a service that takes care of every detail that a luxury brand such as Gran Meliá is able to offer. RedLevel guests will enjoy exclusive spaces for an enhanced sense of tranquillity and privacy. Personalised attention and benefits such as the separate check-in in the RedLevel Lounge, butler service, private buffet breakfast, Open Bar, welcome amenities and pillow and aromatherapy menus, to name a few. 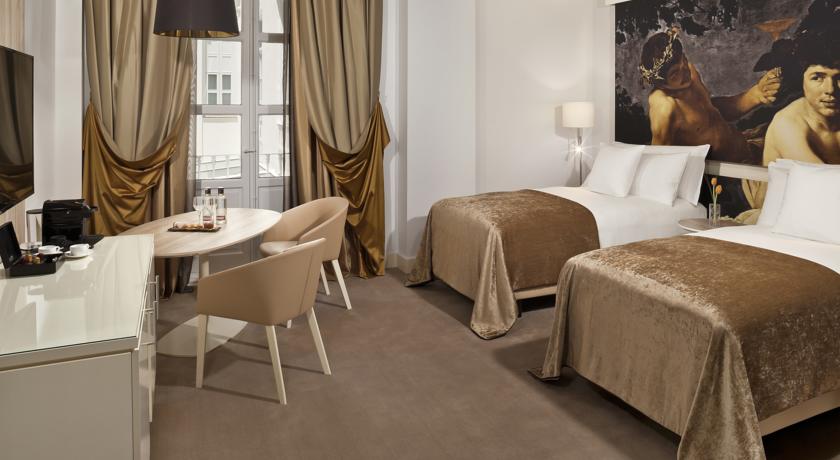 Gran Meliá Palacio de los Duques offers its visitors an unrivalled gastronomic experience, with two completely different settings in which to enjoy various culinary experiences.In the centre of the hotel are the Coroa Gallery Lounge & Gardens, an all-day dining space, where guests can savour a menu of Mediterranean specialities inspired by different artistic styles, such as Baroque, Naturalism and Dadaism. Its diners can enjoy creative dishes, trompe l’oeils and refined street food viewed from another perspective, as well as a rich variety of cocktails inspired by the works of art displayed around the room. The Franco-Spanish Montmartre 1889 Restaurant & Gardens, meanwhile, takes the Paris Exposition Universelle and the district after which it is named as its source of inspiration. Its menu pays homage to the creative process of painters, as well as offering an exquisite selection of wines and pairings from the finest Spanish and French wineries.

Beauty and wellness are also accommodated, in the Thai Room Wellness, an exclusive spa with oriental rituals such as herbal steam baths, facial treatments with silkworm cocoons and natural body scrubs. It also boasts a choice of more than fifty aromatic varieties from the most remote corners of Asia and the most innovative skincare formulas.

Meliá Hotels International is committed to the luxury segment within the Gran Meliá brand with its two new openings of Gran Meliá Palacio de los Duques and Gran Meliá de Mar in Spain and the forthcoming addition of Gran Meliá Nacional Río de Janeiro in Brazil. All of these feature its characteristic RedGlove Service, “the combination of the tradition of the white glove and the elegance of the red carpet with the intrinsically Spanish passion that inspires everything we do”.