Hilton Worldwide and EQ Group announced an agreement to open DoubleTree by Hilton London – Kingston upon Thames. Acquired by EQ Group and affiliates, the hotel is set to open in the second half of 2016 following a multi-million pound fit out. The hotel will be asset managed by EQ Hotels Limited under a franchise agreement with Hilton Worldwide and operated by Interstate Europe Hotels & Resorts’ UK division.

Patrick Fitzgibbon, senior vice president, development, Europe & Africa, Hilton Worldwide said, “Our fastest growing full service brand has added Chelsea, Islington and Docklands to its roster of top locations in the capital in the last 12 months. DoubleTree by Hilton London – Kingston upon Thames joins nearly 30 hotels under the brand across the UK. The hotel will form a major component of a new mixed-use scheme, responding to the diverse needs of visitors to the borough.”

Situated 12 miles south west of central London, Kingston is an affluent borough, increasingly popular with corporate businesses choosing to expand in Greater London. The new hotel is located adjacent to the River Thames in the heart of Kingston town centre, on the prominent corner of Skerne Road and Down Hall Road, opposite the Bentall Shopping Centre and a five minute walk from Kingston station. DoubleTree by Hilton London – Kingston upon Thames will offer 146 rooms and suites, a restaurant and bar, as well as conference and meeting rooms. 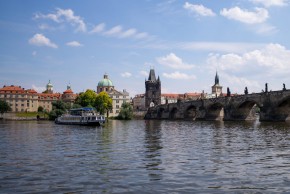